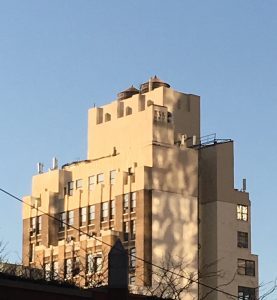 Jarvik Heart, Inc. is a private company that develops miniaturized heart assist devices for the treatment of severe heart failure. The company, formed in 1988, is located in Manhattan, where it conducts development and manufacturing activities. Robert Jarvik, MD, inventor of the Jarvik 7, Jarvik 2000® and the new Jarvik 2015 15mm mechanical hearts, is Chairman and Chief Executive Officer. Marilyn vos Savant, columnist for Parade magazine, is Chief Financial Officer.

The Jarvik 2015 15mm Ventricular Assist Device (VAD) is currently the only device of its kind, a VAD nearly the size of a AA battery. Clinical trials are being both conducted and more are in development. In the US please visit  Jarvik 2015 15mm based Pumpkin trail for more information.

© 2018 Jarvik Heart, Inc. All Rights Reserved
This website stores cookies on your computer. These cookies are used to collect information about how you interact with our website and allow us to remember you. We use this information in order to improve and customize your browsing experience and for analytics and metrics about our visitors both on this website and other media. If you decline, your information won’t be tracked when you visit this website. A single cookie will be used in your browser to remember your preference not to be tracked.AcceptDecline